How Jesus changed me 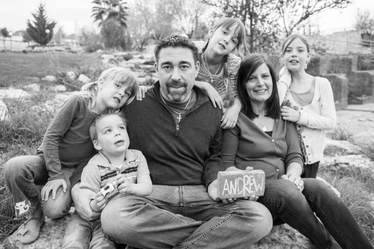 Looking back at how Jesus changed the course of my life in one moment...

Growing up in the church was a blessing and a curse. The seeds planted early in my life would eventually grow but until my conversion at the age of 19, my religious activities only helped me in cultivating a life of self-deception. I did not acknowledge my sin and, as a result, I did not see myself as a man desperately in need of a Savior.

As I grew into a teen, the enjoyment of Christian fellowship was challenged by the offers of fleshly gratification. I casually forsook the church and actively pursued the fulfillment of my flesh. Progressively, my life became engulfed by sin. I aggressively utilized every worldly device in pursuit of self-indulgence. My lust-driven passion succeeded in sedating me while the sin that I had harnessed to fulfill my cravings cunningly transferred the yoke to my neck. Reaping the fruits of my wickedness, I was jailed, forced into drug treatment programs, and brought the point of utter hopelessness. All became meaningless. My life consisted of the mechanical and repeated pursuit of carnal pleasures only to be increasingly disillusioned by the fruits of sin with every encounter. I was a slave to my sin and my life was utterly without value; a drug addict, living in a van in downtown Seattle. My life needed to either change or I needed to die. Past attempts and failures to change thoroughly attested to my inability to change myself and I was too afraid of death to kill myself. I was trapped in living death.

One night I cried out to whatever “god” was up there to either let me die or give me a reason to live. God is faithful. Over the next few days God revealed to me the reasons that my life was such a mess. My rebellion against Him was brought to the center stage of my mind. In a sense, God revived my seared conscience to convict me of my depravity. Seeing my sin, yet still without the truth of God’s Word, I ran to the one source of “truth” that I knew: a poet and songwriter of the late 70’s. It was soon clear that he had many of the same questions that I did and that he articulated them quite poetically. It was also clear that he had absolutely no answers and died a miserable man. I saw my sin. The only source of truth that I knew proved bankrupt and I lay admittedly helpless before the righteous judgment of God.

At that point God sent a messenger to point me to the Truth, Jesus Christ. Late December 1998, I walked into my parent’s house for a Christmas visit. My brother-in-law Ryan met me as I entered and I asked him if we could talk. I proceeded to share with him the enlightening yet incomplete events of the previous day. He told me that I was right, I was totally wicked, justly deserved to suffer in Hell for eternity, and that there was indeed nothing that I could do to redeem myself.

He explained that, although I could not make myself right with God, God had already provided a way to accomplish this reconciliation.  Jesus Christ, who is God in the flesh, came down to earth and lived a perfect life. Although Jesus didn't have to die, he suffered and died a shameful death nailed to a cross. He did not die because He owed God a debt for being disobedient, Jesus died because I owed God a debt for disobedience. I am incapable of paying my debt to God. Regardless of any attempts to do good, I had broken God's law and my sin must be justly punished. But the sinless Jesus Christ stepped in and intervened on my behalf. Jesus took the death sentence that I deserved from God, in my place, when He died on the cross. Three days later, Jesus Christ rose from the dead. His coming back to life proved that He was God, it proved that He had the authority to forgive sins and it proved that He had fully paid the debt that I owed God for my sin.

Ryan told me that I must admit to God that we have broken His law and deserve to be punished. He told me I must believe that Jesus Christ lived the perfect life, and that when He died, He died in my place so that I could be made right with God. There is no greater thing that a man can do then to lay down his life for a friend. I was in rebellion against God and Jesus laid His life down for me.

Provoked by God’s love in Christ, that night I fell on my face before God and begged Him to take what was left of my life and to make something of it. That night God freed me from the sins that had so long enslaved me. The Bible says that a man can serve only one master. The night I made Jesus my master, and sin no longer had any power over me. I am no longer a slave to sin. I am slave of Jesus Christ constrained by his love and provoked by it to obedience.